The Lagos State Governor, Babajide Sanwo-Olu, has announced the appointment of a chief lecturer at the Lagos State Polytechnic (LASPOTECH), Ikorodu, Nurudeen Olaleye, as the institution’s 11th rector.

Mr Sanwo-Olu, who is the moderator of the state-owned polytechnic, made the announcement through the office of his special adviser on education (SAE), Mr Tokunbo Wahab.

The announcement has put an end to many weeks of lobbying and high wired politicking among eleven candidates who were recently interviewed by the institution’s Appointment and Promotion Committee (A&PC), a relevant organ of the school’s governing council.

In September, the committee, which was chaired by the chairperson of the governing council, Rasheed Ojikutu, a professor at the University of Lagos (UNILAG), Akoka, had graded the applicants based on their performance with the trio of Mr Olaleye, Olumide Metilelu and Abiodun Okunnu, ranking first, second and third respectively.

Mr Metilelu, the incumbent acting rector, was the deputy to the immediate past rector of the institution, Samuel Sogunro.

Mr Sogunro’s administration was characterised by a series of crises including constant conflicts with all the labour unions on the campus over allegations of corruption, victimisation, militarisation of the institution, poor welfare condition, and abuse of power and privileges, among numerous others.

The government was compelled to set up a visitation panel to the institution in 2019 towards ascertaining the immediate and remote causes of the crises that rocked the school, which kept the students home for many months.

Some of the demands of the angry workers presented to the panel was the removal of the former rector, appointment of competent hands into the governing council, merit-driven appointment of another rector, payment of owed arrears of allowances, among others.

The panel has since submitted its report, but the government has failed to release the White Paper many months after.

Heightened tension over rector’s appointment
Towards ensuring merit and transparency, the seven-member A&P committee had invited other outsiders who are either serving or retired heads of academic institutions to take part in the screening of candidates for the position of rector.

There were also Mrs Sunmonu representing the office of the SAE and Mr. Lawal, who represented the polytechnic’s academic board.

The vice-chancellor of Lagos State University (LASU), Ojo, Olanrewaju Fagbohun, was also an external expert who took part in the grading of the applicants.

At the end of the process, while Olaleye reportedly scored 78.27, his closest rival and the incumbent acting rector, Metilelu polled 73.56 while Okunnu scored 66.88.

PREMIUM TIMES learnt that the conclusion of the selection committee was to send only the first and the second best applicants to the governor to choose from, claiming Okunnu’s 66.88 point was less than 70 per cent which was set as a cut-off mark.

However, after pressure from interested parties, PREMIUM TIMES learnt that four names were presented to the governor including both Mr Okunnu, and another applicant from LASU, Ridwan Akewusola, who ranked fourth.

The development had heightened tension among interested parties including workers, who insisted on merit.

Workers insist on merit
In their letter addressed to the governing council shortly after the A&P committee’s interview, the workers’ unions on the campus appealed to the authorities to stick to merit and not be swayed by political pressure.

A copy of the letter, which was obtained by our reporter, was dated September 30, and signed by the trio of Oluseye Ero-Phillips, Akinrinlola Ibitoye and Ahmed Ajasa.

Mr Ero-Phillips is the chairperson of the institution’s branch of Senior Staff Association of Nigerian Polytechnic (SSANIP), while Mr Ibitoye is his counterpart at the Academic Staff Union of Polytechnic.

Mr Ajasa is the treasurer of the polytechnic’s chapter of the Non-Academic Staff Union (NASU).

The letter reads in part; “We would like to congratulate the governing council for the wonderful job done so far in the process of returning the Polytechnic back to its place of pride. We like to attest that you have kept the promise made to the workers that the process for the selection of the Rector will be fair, transparent and merit driven.

“It is therefore our belief that the Governing Council will hold firm the principle of merit by ensuring that the candidate that tops the interview is appointed the 11th rector of our great polytechnic.”

Government assures of merit
Meanwhile, in his interactions with PREMIUM TIMES, the SAE, Mr Wahab, had promised that as long as he was still the governor’s adviser with the responsibility to advise on who to choose for the job, merit would take priority.

He said he did not know any of the applicants and that the merit would not be sacrificed for anything.

“Ignore the rumour you hear from people. I don’t know anyone of them and the governor has assured me that he would never toy with merit in his choice,” Mr. Wahab told our reporter on the phone.

Meanwhile, while confirming the news to our reporter on Monday, the special adviser said he could be taken for his words.

“But you knew me long ago now. I told you merit would be prioritised. We just did that this morning,” the special adviser told our reporter on the phone.

He said a statement will be issued soon for public announcement.

Olaleye’s profile
The newly appointed rector studied Microbiology at the University of Lagos (UNILAG), Akoka, where he finished with second class, lower division, in 1994. He obtained his Master’s certificate in the same field in UNILAG in 1995.

He worked as quality control manager at Alateco Foods, Limited, Alimosho, Lagos between 1995 and 1999 before joining the service of the polytechnic as lecturer II at its Ikosi campus in 2000.

Mr Olaleye served as the head of both food technology and science laboratory technology departments at various times.

Between 2010 and 2017, Olaleye, born on February 14, 1971, attended Loughborough University, United Kingdom, where he bagged his doctoral degree certificate in Public Health Microbiology with areas of specialisations including, Water Microbiology, Water Sanitation and Safety, Water Safety Policy, Biotechnology and Food and Industrial Microbiology. 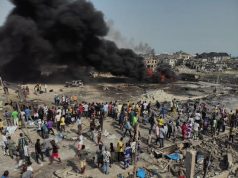 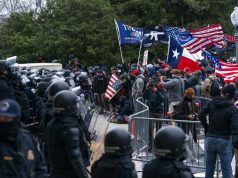 US election 2020: World leaders who have remained silent on Joe Biden’s win

US ELECTION: Pope Francis finally reacts to outcome of US election